Only a courageous man will ever admit that he could use some help.

The Men’s Mental Health Center is a 501(c)(3) not-for-profit organization that provides a wide variety of unique programs, which are geared specifically towards meeting the mental health needs of men from diverse backgrounds.

The Men’s Mental Health Center was founded specifically to help men and boys address their mental health concerns. This is a place where men of diverse backgrounds come to consult with licensed mental health professional and have their deepest concerns and challenges addressed in a confidential, non-judgmental and relaxing atmosphere.

Whether men are battling depression, anxiety, relationship or parenting concerns, or they could just use a professional sounding board; in the New Millennium, they do not have to choose to suffer in silence anymore, to do it all on their own, or to just “take it like a man.” We know far more today about human behaviors and especially masculine behavior that we did even in the very recent past. And help is now available for many challenges that men face.

Here at “The Men’s Mental Health Center;” we specialize in helping men and boys keep their mental health intact, by providing them with the eppropriate and effective skills that they might require to excell. We serve as a free consulting, screening, diagnostic, treatment and treatment facility that help men understand and transform their lives. We have a network of professionals who can help those who we serve accomplish their mental health and other goals.

Our goal is to help men and boys uncover and achieve their full potential, so that you can lead lives that are worth celebrating. If we are unable, we will help those who seek help find the resources that best address their individual needs. While we cannot change difficult situations of the past; we can work together to better understand and resolve challenges in men’s life. By applying complementary therapeutic approaches and techniques, we help men unearth long-standing behavior patterns or negative perceptions that may be holding them back from experiencing a more fulfilling and meaningful life.

If you or someone who you know, could use some support or guidance through a challenging situation or you are just ready to move in a different direction in your life; we look forward to working with you to achieve your goals. Today, you are one step closer to a brand new you – one step closer to a place where you feel more empowered and on a positive path towards growth and fulfillment. Our team of licensed professionals understand men and the unique challenges that they face in our society. We implore you to keep your mental health intact by managing stress appropriately, living a balanced life, finding ways to intentionally create an atmosphere of peace, love and harmony, surrounding yourself with positive energy, doing good deeds and getting a regular mental health check or tune-up with a qualified mental health professional. An intact mental health is one of the most precious assets that you will ever have. Don’t ever take it for granted! Please call for a free, brief, confidential, individual consultation today – (954) 438 5661.

Services provided at The Men’s Mental Health Center include the following:

We Help Men & Their Families Keep Their Mental Health Intact By Providing Them With The Tools & Services That They Need To Excel.

Please click on the following link to visit the blog:

Thank you for visiting the Men’s Mental Health Center.

Men’s lifestyles and their behaviors often place them at great risk for numerous challenges.

They are prone to injury and addictions and to numerous other conditions and concerns, at every stage of their development. Historically, they also live shorter lives than women do and their mental health has consistently been an area of significant concern. Many men feel very strongly that they are constantly under tremendous pressure to produce, perform, provide and to live up to certain societal ideals. Others feel that today’s society is becoming increasingly matrifocal, that it is constantly shifting the bar in favor of women and that this shift, is in turn, constantly re-shaping men’s lives.

From their youth, society and the media bombard men with messages, which suggest that they must be strong and aggressive. Yet, strength and aggression are not always viewed positively. Men, who tend to display those qualities are often characterized as violent, destructive, angry, abusive and out of control. Those mixed messages confuse some men, who, sometimes simply don’t know how to behave appropriately. Additionally, many mothers in America, some of whom were themselves raised without fathers, also raise their sons without fathers. This phenomenon, which sometimes results in role confusion, is common in the United States, which is the country with the most families that are without fathers in the world. Although many children, who are raised without fathers who play an active role in their lives, consistently present numerous social and other challenges for our society, the matter remains one that deserves far more attention than it has ever received.

Men are conditioned to think that they should never express their deepest emotions openly. They are also socialized to “take things like a man,” to never ask for help, and to embrace the idea that help-seeking, especially for psychological concerns, is associated with weakness, with a loss of power and control and instability. The result is that help-seeking among men is highly stigmatized. Some men will never seek help, unless they are in crisis or they are ordered to do so. Yet, there is a plethora of information, which affirms that when men do receive appropriate care, they can triumph over many challenges and adversities that they often face. This puts them in positions in which they can lead lives that are far less stressful, that are more productive and meaningful.

The good news is that men’s outlooks and their behaviors appear to have been changing slowly over the years. Men, today, are expressing their feelings more openly, far more than would have been expected even a decade ago, leading to the possibility of a more hopeful future for those who desire to improve. Even so, if this positive trend is to continue, it must be encouraged. Some feel it is time for boys to be socialized differently in our society, for men to be educated consistently on expected, appropriate behaviors, for them to learn how to self-soothe and manage their emotions effectively and for them to understand fully, what their roles and responsibilities are in the New Millennium. In order for this to occur, however, the “right” environment must be created – one in which men feel safe, where there is confidentially, understanding and empathy, and where they can remove their masks and express their deepest, hidden feelings and opinions freely. This is the idea behind the Men’s Mental Health Center. Whether there are concerns about their personal lives, family, work, spirituality or relationships, or, they just need a professional sounding board or a mental health tune-up, men will find it all, here, at the Men’s Mental Health Center.

Contact us today for a free, brief consultation and ask about our many male-specific packages and services:


Your donations help provide essential mental health care, especially for men and boys, many of whom may choose not to seek help for a variety of reasons including not having the financial and other resources that they need. Your tax deductible donations could help someone in need. It could be a loved one, a friend, or a total stranger. Even more importantly, one day they could probably help you, yourself.

This 1.5-hour “Initial Mental Health Baseline Assessment” makes a great gift for a young man on his 18th birthday, just for a Mental Health or Emotional Check-up or an Emotional Tune-up.

In fact, it is a great gift for any man, at any time. Whether he is initiating counseling for the first time, he might feel the need for a professional sounding board or a Confidential professional third part opinion to address any current life concern.The “Men’s Mental Health Baseline Assessment” includes a bio-psycho-social evaluation, clinical interview, depression and anxiety screening, stress inventory and management and professional guidance. Each man receives a special “Men’s Mental Health Take Home Tune-up Kit” that is filled with useful information that he can use for self-empowerment.

A Young man might be doing very well physically, academically and socially. He consistently makes good choices, he has never been in trouble and he has never given you reason for concern. He has a very promising future. You feel very proud of how well you raised him and you cannot think of anything you would have done differently. Congratulations on a job well done. Now, it’s all up to him. Just ask yourself, however, “How well do I really know him?” “What don’t I really know about his life?” “Are there things that he feels that he could never share with me – that he feels he must keep hidden from me?” “Will there be surprises later on regarding things that I overlooked as a parent?” “Is he really doing as well as I think or as he would like me to believe?” “How is he really doing emotionally?” The truth is, many parents do a great job of raising their sons to the best of their abilities and in ensuring that their basic physical and social needs are met. Still, regrettably, many parents do not pay enough attention to their their mental health and children’s mental health.

So, how well is your son doing emotionally? For his 18th birthday, why not give him a gift that could help him decide for himself? Give him the opportunity and encourage him to speak with a mental health professional about any matter of his choosing. Encourage him to have a Mental Health Baseline Evaluation. 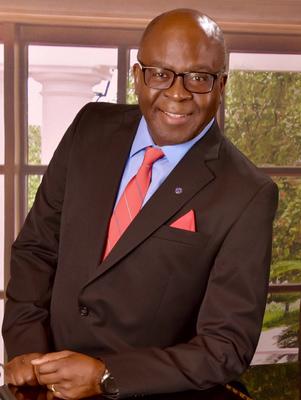 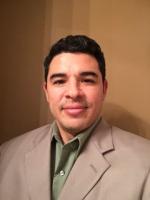 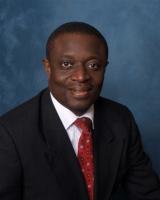 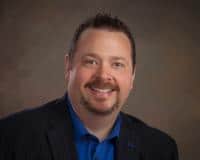